BOJCHEVA: “The good cooperation and partnership with the General Secretariat of the Government is an example of advancing the right of access to public information.” 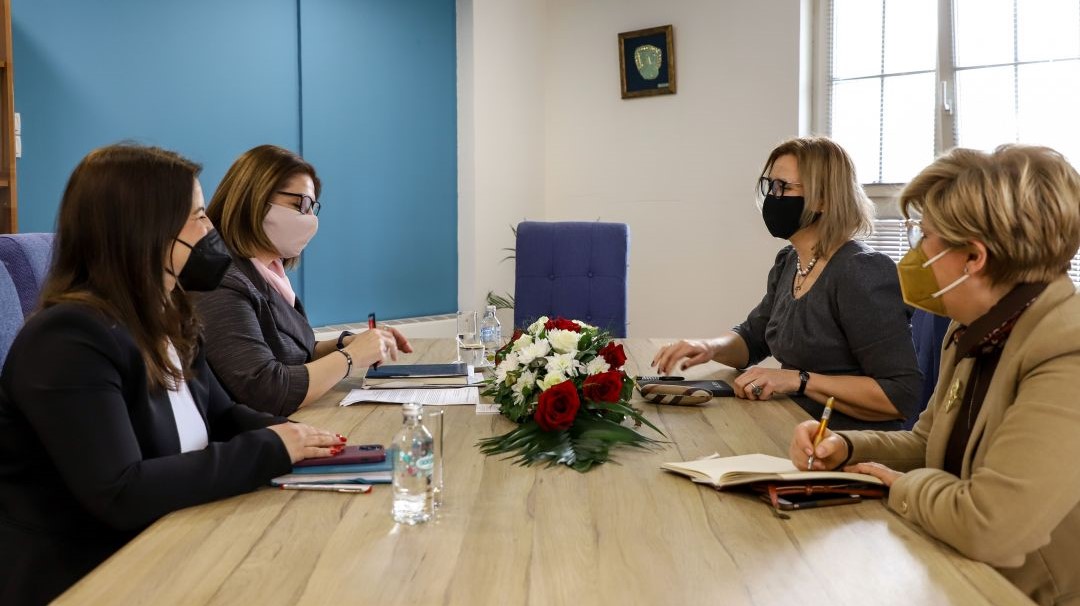 The director of the Agency for the Protection of the Right to Free Access to Public Information, Plamenka Bojcheva, and the Secretary-General, Tanja Kovachev, met today with the Deputy Prime Minister of the Republic of North Macedonia in charge of good governance policies, Slavica Grkovska.

At the meeting, the representatives of the Agency emphasized the good cooperation and partnership relationship with the General Secretariat of the Government for the promotion of the right of access to public information, which results from the signed Memorandum of Cooperation between these two institutions.

Furthermore, Deputy Prime Minister Grkovska emphasized the Agency’s role as a credible institution, stating that the implementation of the right to free access to public information is vital for the prevention of corruption and that increased transparency leads to greater participation of citizens and business community in the formulation of good governance policies.

Grkovska also highlighted that, following the Law on Free Access to Public Information, the government is constantly working to maintain and increase transparency and accountability, publishing all data on the websites of all ministries and authorities, including the local government.

In particular, the results of a December 2021 audit for the proactive publication of public information, which the Agency conducted for the protection of the right to free access to public information, observed that the General Secretariat of the Government of the Republic of North Macedonia was one of the most transparent entities among the 144 monitored state institutions.

At this meeting, it was agreed that this cooperation would continue in the direction of the adopted practices and policies for the proactive publication of all important documents, which are of interest to every citizen, as well as the dynamization of digitization and modern tools to facilitate the transparency of the institutions.