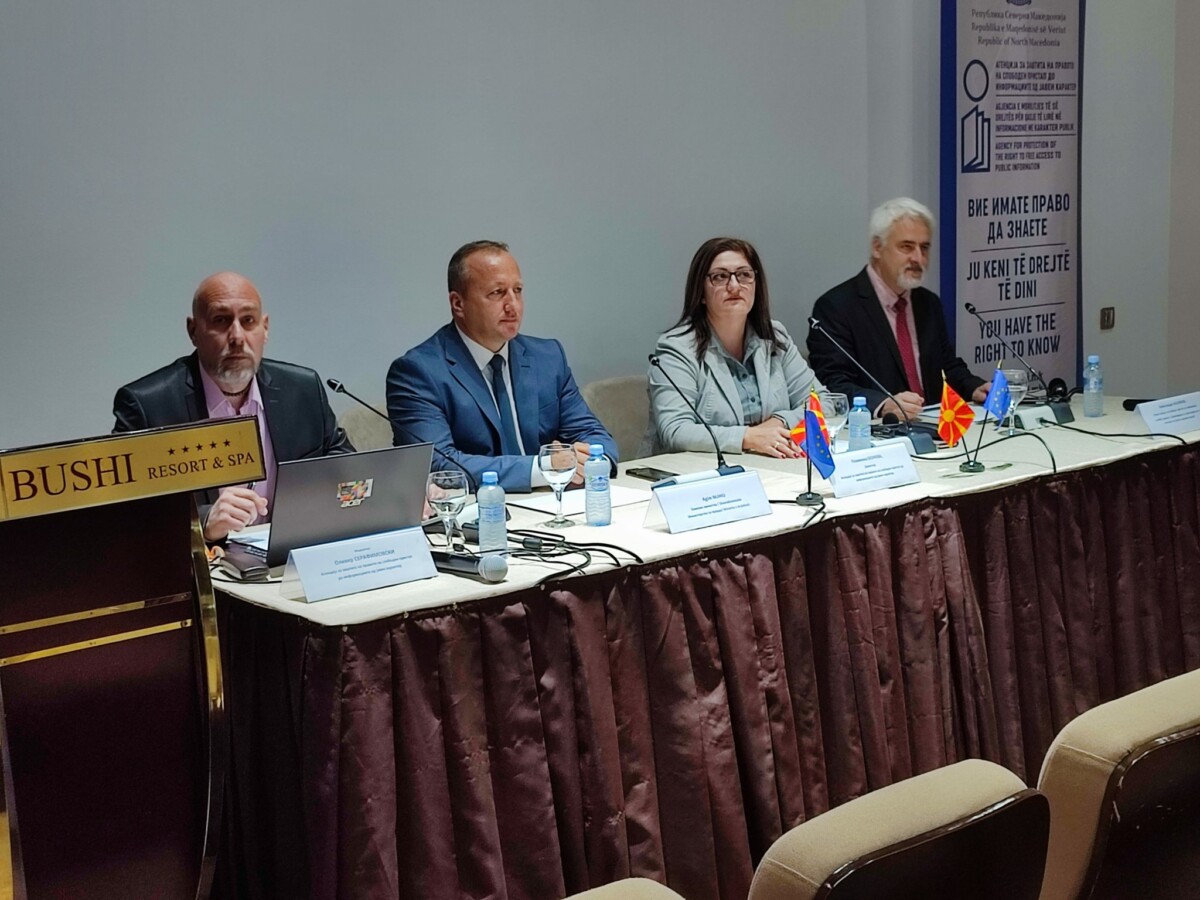 With today’s Conference, the Agency marks September 28 – the International Day for Free Access to Information, whose motto is “I have the right to know.”

Exactly 20 years ago, on September 28, 2002, representatives of non-governmental organizations from all over the world, including Macedonia, lobbyists, and defenders of the idea of ​​freedom of information, formed the Network of Defenders of Freedom of Access to Public Information at a meeting in Sofia, Bulgaria. At this meeting, the attendees agreed to cooperate in promoting the right to access to public information and transparent management. UNESCO and the UN recognize this day as the International Day for Universal Access to Public Information. 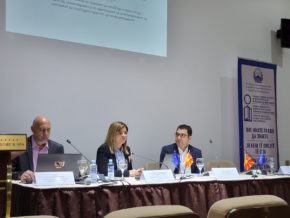 In her address, Agency’s director, Plamenka Bojcheva, emphasized the significance of this day, noting that it helps advance democracy and democratic tendencies in society in the direction that our own should be moving. She believes this is a cornerstone of all progressive democracies and an example of the European ideal toward which the Republic of North Macedonia aspires.

Bojcheva also informed that from the aspect of reactive transparency, i.e., acting upon received requests for free access to public information, there has been significant progress in the past three years since the existence of the Agency and since the adoption and entry into force of the Law on Free Access to Public Information.

“The figures support that claim. There may have been as many as 700 complaints since the first law was enacted in 2006. Only 250 complaints were submitted this year, while 55 were eventually dropped. Namely, since the Agency announced its decision, the claimants have received the data and, per their request, have withdrawn their case”.

Bojcheva also mentioned that 195 complaints had been addressed by pointing out the problem and mandating corrections. Furthermore, she discussed the question of whether or not state or local institutions were more transparent by mentioning that the Agency had conducted monitoring of local government units as well as 144 state institutions and public enterprises that fell under the purview of municipalities and judicial authorities.

Furthermore, director Bojcheva also indicated that the Agency would devote itself to proactive transparency in the future.

Speaking at the conference, Deputy Minister of Justice Agim Nuhiu spoke about the Government’s efforts to promote the transparency and accountability of institutions and addressed questions of whether or not the Law on Free Access to Public Information complies with the principles of good governance and how well it follows the recommendations given in the reports of the European Commission on the progress of North Macedonia in the Euro-integrative process.

In addition, Nuhiu has stated his willingness to back amendments to the Law to expand public access to documents. “We have a legislative framework and an institutional framework in which the attributes of the rule of law will be implemented,” he says.

Moreover, Aleksandar Kashumov highlighted the favorable impact and results of the project “Promoting Transparency and Accountability in Public Administration” for the promotion of free access to public information in North Macedonia, as well as the manuals and publications that will be helpful to officials in their ongoing efforts to implement this right.

In addition, the author Danche Danilovska-Bajdevska stated that the study was conducted to relay messages to public policymakers as an example of advancing the right to free access to information.

Danilovska-Bajdevska also emphasized that the recommendations in the Analysis are given in two directions, and that is to increase the budget of the Agency so that it can fulfill its responsibilities, i.e., to dedicate itself to the education of the holders of information, to the institutions that have information of a public character, to be able to conduct a large number of campaigns to educate citizens that they have the right to free access to information of a public character and to focus on educating elected and appointed officials because the free access to public information also depends on the political will of some authorities.

Some amendments to the Law on Free Access to Public Information have also been recommended. However, they are considered to be minimal.

The lessons learned and benefits of proactive transparency that German Filkov discussed in his talk will become increasingly important as public information holders continue to put the Law into practice.

At the conference’s close, participants engaged in a fruitful discussion during which current officials shared their insights gained from implementing the Law and offered suggestions for promoting the exercise of the right to free access to public information to create more open, transparent, and accountable institutions and to combat corruption.